May 4, 2014Posted in WildlifeTags: Deer, Wildlife

The Seneca White Deer are the world’s largest herd of rare white deer, located in the old Seneca Army Depot on the Eastern shore of Seneca Lake. Recently while driving by, I had the opportunity to capture some images of these elusive deer. 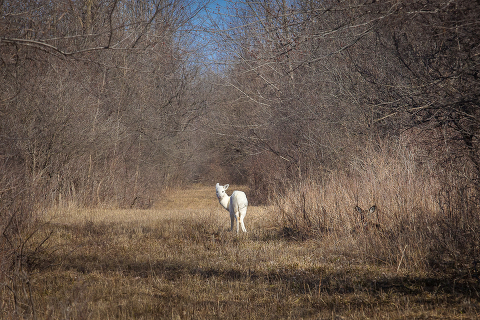 If you look closely in the first image, you can see a non-white friend of his hiding in the brush. His fur coat blends in much better with the surroundings. Soon after I captures that image, another friend came to join the party.

[exif id=”129″]
Further down the road, another white deer was foraging for food in the brush alone. 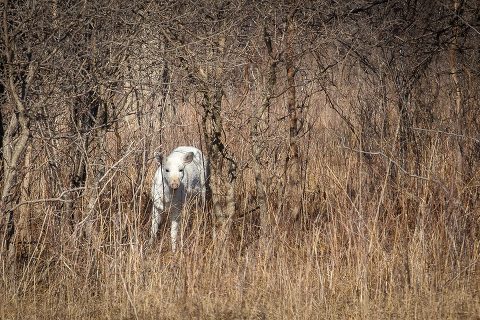 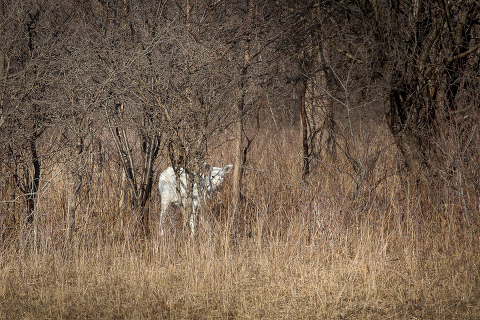 All photos are copyright © Gregory A. Dunbar. Usage without permission is forbidden and strictly enforced. If you would like to use any of my photos for any purpose, please contact me and I will provide you with a license.|ProPhoto7 Blog