While in college for photography, I was lucky enough to take a class called Geology of the Bahamas. This class allowed me to travel down to a semi-remote island in the Bahamas called San Salvador Island. This island is also referred to as “Columbus Isle” as it’s thought to be the first place in the new world that Christopher Columbus saw land. Being a sparsely populated Caribbean island, it was not only a very amazing place to relax, but an amazing place to take some photos outside of class time.

My first two photos are of the sunset on the beach. Graduated ND filters were used, as well as a tripod. 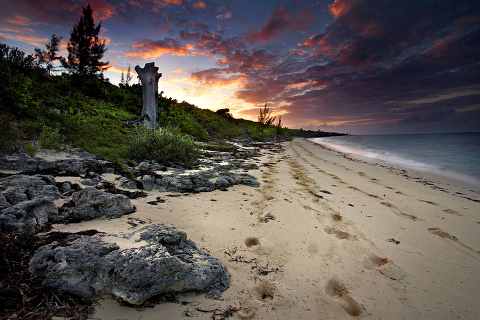 [exif id=”44″]
On another night, although it was windy and dark, I was able to get a moody shot of the Rice Bay Shipwreck, as seen from North Point. This image was taken with a long exposure to capture the power of the waves as they crashed onto the shores of the treacherous Rice Bay. 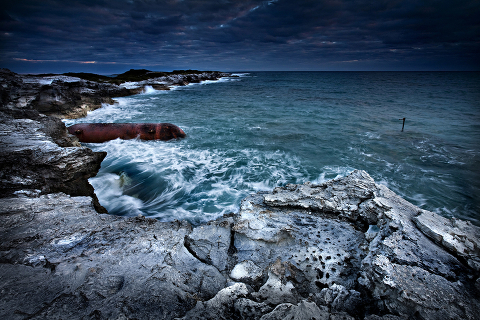 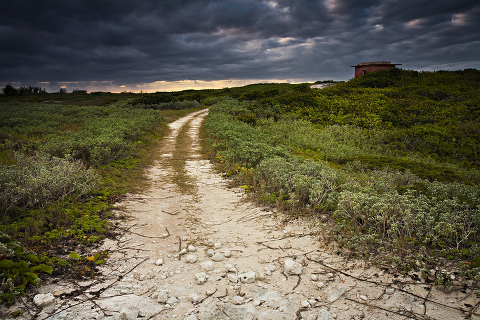 While on San Salvador Island, I stayed at the lovely Gerace Research Centre, along with fellow students from my college and other colleges. Although a big complex that was once a navy base, it lacks many modern amenities. This image from the front of the complex was taken with a polarizer. 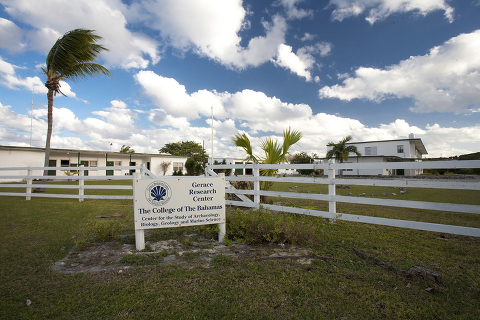 If you travel West and South down the road from the Gerace Research Centre, you will find your way to a small town called Cockburn Town. Many natives of the island reside here, and some own a few small stores. The houses are brightly colored, as you would see with most Caribbean homes. 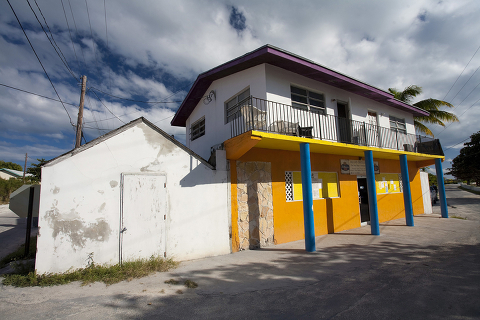 The view from the small park in Cockburn town is great. During the day, the rocky shores of the Western shores of the island are brightly illuminated. 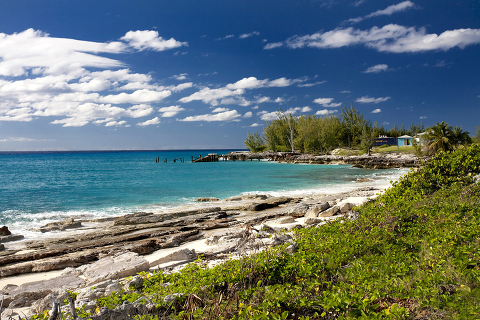 But who can forget all of the interesting wildlife on the island? Most of the wildlife you will find on the island are in the form of birds or sea creatures. Aside from all of the cool tropical fish and sharks you will see while snorkeling, you will find crabs. Lots of crabs. Look at this adorable little guy. He was only about an inch long, but because of the magnification of my macro lens, he looks huge! 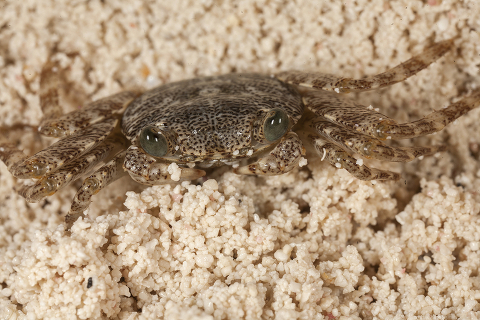 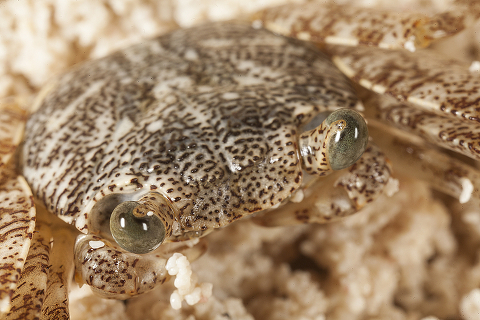 Walking through the shallow water of the shores of San Salvador Island, you will also encounter lots of Starfish. 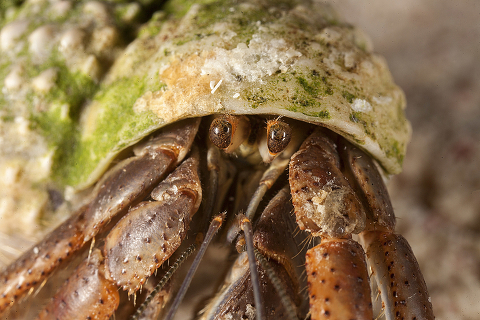 All photos are copyright © Gregory A. Dunbar. Usage without permission is forbidden and strictly enforced. If you would like to use any of my photos for any purpose, please contact me and I will provide you with a license.|ProPhoto Website